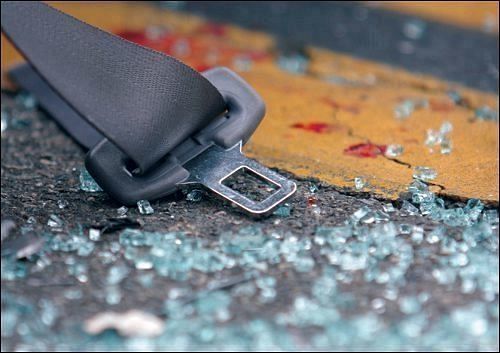 East London – The Association for the Protection of Road Accident Victims (APRAV) has expressed deep concern that the Road Accident Fund (RAF) is spending millions of rands on operational and campaign costs to aggressively recruit road accident victims to its ‘Claim Direct’ service.

According to Pieter de Bruyn, chairperson of APRAV, a human rights group established to protect the rights of road accident victims, the RAF’s illegal and unconstitutional ‘Claim Direct’ offering is destroying the lives of victims every single day that it continues.

He says that victims are being coerced into lodging a ‘direct claim’ directly with the RAF without the assistance of a legal representative. The RAF effectively steps into the shoes of an attorney, supposedly taking over the role of due professional care but often takes advantage of these direct claimants by not processing their claim fairly or timeously and often under-settling the claim.

“The majority of these cases are under-settled as a result the RAF’s lack of legal support and the injured party’s lack of knowledge of the law. This leads to legal action against the RAF for under-settlements resulting in the RAF spending millions on legal costs that should have rightfully been paid out to victims.

APRAV says the RAF falsely promotes ‘Claim Direct – easy as 1-2-3’ yet it is a clear case of over-promising and under-delivery.  While the RAF’s #KeepItSimple

campaign encourages road accident victims to claim directly without legal representation saying that the public needs no ‘middlemen’, this is misleading and irresponsible.

“Consumers are realising that the RAF does not keep its ‘Claim Direct – it’s Easy’ promises. We receive regular feedback from numerous attorneys who get daily calls from victims whose claims have been wrongly rejected, reduced or simply ignored.

“We hear countless stories from road accident victims who were coerced into claiming directly from the RAF and are then ‘forgotten’. This is despite the RAF’s assurance that cutting out lawyers will speed up the resolution of their claims and save them money.”

“To adhere to the requirements of the RAF Act is a complex medical and legal process and an incorrect and or incomplete claim will significantly disadvantage any claimant and may even result in a zero claim,” de Bruyn says.

Furthermore, the RAF appoints its own attorneys and medical experts (paid for by the RAF), who all act on the RAF’s instructions to protect their financial exposure to a claim.

APRAV says there are thousands of requests for claims to be reviewed or appealed due to under-settlement and that the RAF’s own statistics indicate that thousands of direct claims lapse or expire.

APRAV says consumers must ask themselves of what the chances are that anyone in this process will fight for their rights and get them a fair financial settlement?

“Keep in mind that an experienced attorney will carry thousands of rands in expenses on behalf of the claimant for as many years as it takes to settle the claim.

“This includes getting all relevant documentation (the SAPS accident record, hospital records, paying medical experts for the evaluation of the impact of injuries on the victim’s ability to work) and they deal with the often-reluctant RAF attorneys, and persevere and drive their victim’s claim until it is settled fairly and properly,” de Bruyn says.

He further explains that a victim without legal representation has little chance of receiving a fair settlement as consumers using the services of a legal expert are protected under the Attorneys Act, through which they can sue litigators who are suspected of exploitation.

If a victim claims through a lawyer, there is also protection by the Attorney Fidelity Fund [AFF], an insurance fund to sue a lawyer if exploitation can be proved. With the RAF, there is no such insurance if a victim receives an unjust amount.

Further exacerbating this are RAF hospital-based offices to ‘facilitate’ claim submissions – a practice uncomfortably close to the unethical practice of touting.

Touts approach victims who are confused, suffering and in pain. They are persistent and convincing with promises of ‘quick and cost effective’ settlement payments and make wild assertions about securing millions of rand in compensation for their injuries and suffering.

In South Africa, the Law Society of the Northern Provinces (LSNP), KwaZulu-Natal Law Society (KZNLS) and the Cape Law Society (CLS) all prohibit the practice of touting. Lawyers and their representatives are not allowed to approach potential clients directly for work.

“It is impossible for the RAF’s Claim Direct Service to offer just advice and counsel to road accident victims, and it’s a clear case of a conflict of interest which is impacting on the people who desperately need fair and objective due process.  We urge all road accident victims to be aware of the pitfalls when working directly with the RAF.

Unless you are absolutely convinced that the RAF is a competent, service orientated and trustworthy state organisation with only your best interest at heart – please think again before allowing the RAF to ‘manage’ your claim,” de Bruyn concludes.

He urges the public to contact APRAV if they have any doubt about a claim settled directly by the RAF on hello@aprav.co.za.  More information can be found on www.aprav.co.za.