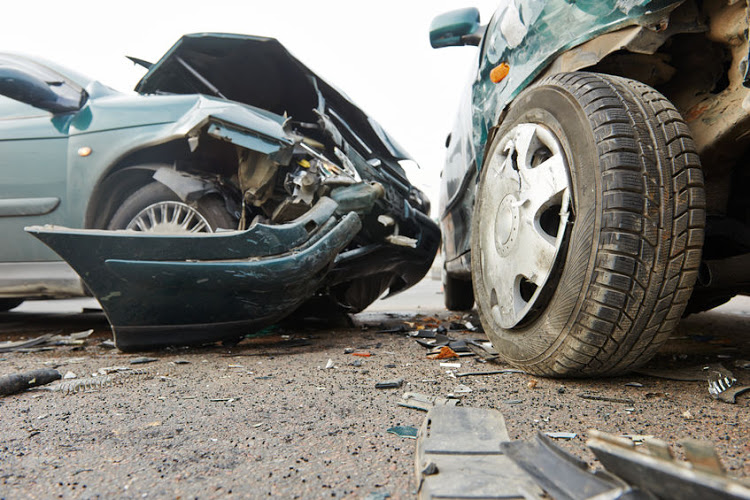 The RAF and the Association for the Protection of Road Accident Victims (APRAV) traded bitter accusations this week, each accusing the other of self-interest at the expense of claimants.
Image: 123RF/Dmitry Kalinovsky

If you need to claim from the Road Accident Fund, are you better off claiming directly from the fund or hiring a lawyer to do it for you? Well, that depends who you ask.

This week, the RAF and the Association for the Protection of Road Accident Victims (APRAV) – a “human rights group established to protect the rights of road accident victims” – traded bitter accusations, each one accusing the other of self-interest at the expense of claimants.

APRAV fired the opening salvo, expressing its “deep concern” that the fund is spending millions of rands on operational and campaign costs “to aggressively recruit road accident victims to its Claim Direct service”.

“The majority of these cases are under-settled as a result the RAF’s lack of legal support and the injured party’s lack of knowledge of the law.

“This leads to legal action against the RAF for under-settlements, resulting in the RAF spending millions on legal costs that should have rightfully been paid out to victims,” he said.

“This despite the RAF’s assurance that cutting out lawyers will speed up the resolution of their claims and save them money.”

Complying with the RAF Act was a complex medical and legal process and an incorrect or incomplete claim significantly disadvantaged a claimant, de Bruyn said.

A road accident victim who claims through a lawyer is protected by the Attorney Fidelity Fund, an insurance fund to sue a lawyer if exploitation can be proved, he said.

“There is no such insurance if a victim receives an unjust amount.”

Placing RAF offices in hospitals was “uncomfortably close to the unethical practice of touting”, he said.

Responding, the RAF’s acting chief marketing officer Dr Adriaan Taljaard told TimesLIVE that the APRAV was made up of firms of attorneys and medical expert service providers who did RAF work – “all of whom earn a handsome living from RAF claims, and as such all have a direct, substantial, financial interest in road accident victims not claiming directly with the RAF”.

Not so, according to De Bruyn. More than half of APRAV’s supporters are not attorneys, he said.

Taljaard continued that if the fund paid an attorney R100,000 in settlement of a claimant’s claim for damages, the attorney would first deduct R25,000 “or more” in fees, plus disbursements, such as the fees of medico-legal expert reports, actuarial reports, assessor reports, and others.

“In the end the represented claimant receives but a fraction of the settlement amount, after the attorney and the other APRAV supporters have taken their share.”

But had the claimant chosen to claim directly, they would received the full R100,000.

The RAF’s assistance to claimants to claim directly was not illegal and not unconstitutional – quite the contrary, Taljaard said.

“The RAF Act makes provision for road accident victims to lodge their claims directly with the RAF. However, few claimants were aware of this right and even fewer claimants elected to exercise the right, so such claims were a rare occurrence until the RAF started to market the service, at which point APRAV supporters started to feel the pinch,” he said.

“Where breaches of the framework are identified, such matters are managed under the RAF’s disciplinary policy,” he said.

– The RAF is mainly funded by a fuel levy, currently R1,93 per litre.

– Who can claim? A person injured in a road accident, except for a driver who was the sole cause of the accident; the dependent of a deceased breadwinner and a close relative of the deceased who paid for the funeral.

– A detailed list of RAF’s Regional Offices, hospital centres, customer service centres and walk- in centres is available on its website: www.raf.co.za

– If you are in doubt about a claim settled directly by the RAF, email hello@aprav.co.za. More information can be found on www.aprav.co.za

APRAV’s De Bruyn said the RAF’s “lame narrative that continuously focuses on crooked and greedy lawyers” shouldn’t distract from the fact that “the RAF is acting unconstitutionally and that victims are being disadvantaged daily because of the RAF’s unlawful activities and incompetence on top of it”.

The attorney’s fee was seldom the maximum 25%, he said, and there was “absolutely no opportunity” for an attorney to charge more fees than provided for, as all fees were scrutinised by the courts.

“The important role of an attorney in personal claims is grossly underplayed,” De Bruyn said.

“The majority of represented claimants do not have the finances to run a personal injury claim where medico-legal reports can cost up to R25,000 per report – these costs are carried by the attorneys and some experts for up to seven years.”

As for the RAF’s statement that direct claims were finalised sooner than represented claims – that was “an obviously subjective measure”, he said.

“The RAF unjustifiably litigates represented cases after neglecting to properly investigate these claims.

“They then settle 99% of these claims on the steps of the court. What a waste of taxpayer money. This delays compensation to deserving road crash victims and costs R10.3bn (30% of the RAF budget).”

A large proportion of direct claims are prescribed through neglect, De Bruyn said.

“The fund let 11,000 direct claims prescribe in a single 18-month period alone – APRAV has RAF documented proof of that. That’s 11,000 desperate road accident victims who were claiming direct in the hope of receiving support and compensation that they desperately need.”

The RAF Act provided that only practicing attorneys may deal with claims and prohibited measures to circumvent this principle, De Bruyn said.

“Very few, if any, of RAF claims handlers dealing with direct claims are practicing attorneys. The RAF’s own annual report confirms that the amount paid out to direct claimants is much less than that of claimants that are represented by professional support.”