The Road Accident Fund (RAF) solicits claimants to deal with them directly without legal representation and then takes advantage of these unrepresented direct claimants, by neglecting to process their claim fairly or timeously, under-settling the claim or allowing it to expire resulting in claims being unenforceable, which is bad news for victims. 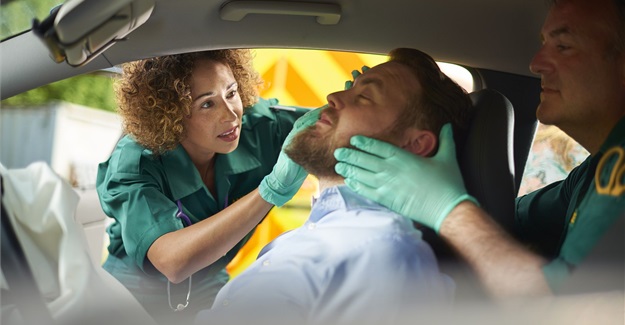 “We are approached on an almost daily basis by road accident victims who have had their claims wrongly rejected, reduced or simply ignored. This is despite the RAF’s assurance to so-called direct claimants that cutting out lawyers will, firstly, speed up the resolution of their claims and, secondly, save them money, when this is simply totally untrue,” says Kirstie Haslam, partner at DSC Attorneys.

This practice has increased substantially in recent years. “In fact, in the most recently available annual report (2017/2018), it was noted that directly originated claims (i.e new direct claimants) had increased significantly from 25,797 to 32,622, representing an increase of 26.5% on the previous year,” she says. At the same time, directly settled claims increased 31.5%, from 15,507 the previous year to 20,394.

“What is noteworthy in this latter statistic is that at the same time the average value per claim (overall) decreased by 5%, that is the more direct claims are settled, the less compensation is paid,” she explains.

Unfortunately, the RAF does not report on how many direct claims are rejected, however, Haslam says that at one point it was believed that more than 100 direct claims were prescribing per month and the RAF was – arguably unlawfully – instructing its own attorneys to issue summons against itself in order to interrupt prescription (which is when a claim expires as a result of the effluxion of time). “This is over and above instances where claims were wrongly rejected or under-settled,” she adds.

With regard to how the RAF goes about soliciting claimants, Haslam says that the fund has a number of strategies in place to lure claimants to deal with them directly.

“The most disturbing of these is the placement of RAF officials in hospitals throughout the country, who approach injured and vulnerable road accident victims in their hospital beds to persuade them not to use an attorney and to claim from them directly,” she explains. “This practice is actually known as touting and is considered unethical behaviour if an attorney were to engage in it, yet is apparently legitimate when undertaken by the RAF.”

At the scheme’s mercy

If the ‘no fault’ public insurance Road Accident Benefit Scheme (RABS) Bill eventually gets passed as a replacement for the current Road Accident Fund (RAF) claimants will be at the scheme’s mercy, without the benefit of legal representation.

Haslam says that this is one of the huge problems with RABS because the scheme’s administrator will have the final say as to what compensation, if any, they will receive, for what period and on what terms. “Claimants will have no access to legal representation, firstly, because the scheme will not be liable for any contribution to legal expenses if a claimant indeed instructs an attorney and, further, only internal appeal processes are provided for, with limited access to the courts,” she explains.

Having said this, Haslam says that some recent good news for road accident victims is the fact that government failed in its bid to have the RABS Bill passed in Parliament before its dissolution for the upcoming elections. “We can only hope that the new Parliament will take a long, hard look at the Bill, recognise its enormous difficulties and rather look to alternative solutions centred around fixing the current system.”

In this regard, she says that Finance Minister Tito Mboweni’s recent remarks relating to considering the introduction of a “consumer-oriented personal-accountability model” are a good starting point. “In fact, the Portfolio Committee on Transport as well as the Department of Transport received proposals from stakeholders to convert the current RAF system into a hybrid model, which would include the re-introduction of compulsory accident cover under certain circumstances.”

The Legal Practice Council of South Africa does not recommend that road accident victims try to claim compensation without proper legal representation, specifically to avoid being under-compensated through hasty direct settlements.