Children will be the worst affected if the proposed Road Accident Benefit Scheme (Rabs) Bill goes ahead in its current iteration. 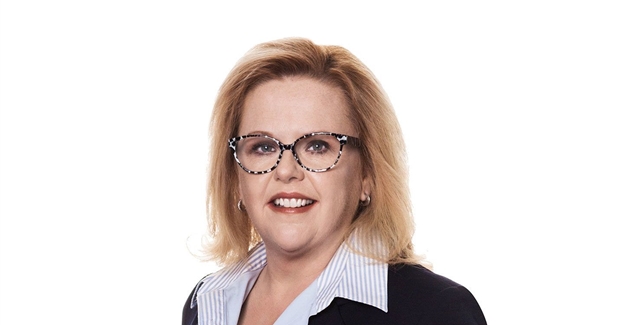 The government is not only intending to reward drunk drivers and at the same time protecting them (as the common law right to sue is removed entirely), but it is doing so at the expense of seriously injured children, for example, who will be doomed to a life of abject poverty with no prospect of maintaining a reasonable standard of living, says Kirstie Haslam, a partner at DSC Attorneys, who has been actively involved in ongoing parliamentary debate surrounding the proposed Bill that is now before parliament as a replacement for the current Road Accident Fund (RAF).

It warrants mentioning that children comprise an estimated 33% of injured road accident victim claimants. “Under the Rabs legislation, children may not claim – save for treatment expenses – until the age of 18,” says Haslam. “At that stage they will be required to submit a wealth of supporting documents, including medical reports, to prove their claim.”

Haslam says that this firstly poses a huge logistical challenge as they may have to try and trace records from several years ago. “They are also required to undertake this challenging exercise at their own cost.”

She stresses that of greater concern, however, is how government has chosen to deal with what children will be able to claim for any reduction in their earning capacity.

In a nutshell, Haslam explains that a child seriously injured in a motor vehicle collision can never hope to receive an income benefit in excess of what the lowliest paid government-employed general worker currently earns. “This means that any prospect of a reasonable standard of living is completely extinguished,” she says.

“Drunk drivers, however, will be able to claim either their actual earnings (subject to a cap) or, if unemployed, the same benefit which the seriously injured child can ever hope to receive.”

On top of that, in light of the fact that the common law right to sue the wrongdoer (drunk driver) has been removed, Haslam says that the seriously injured child will not be able to pursue him/her for the balance of their losses over and above the pittance which they will receive under Rabs.

“The Bill is being raced through parliament at inexplicably break-neck speed, particularly when you consider how important this piece of legislation is and it’s anticipated impact on future road accident victims. At the Portfolio Committee meeting, which I attended, Acting Chairman Ramatlakhana stated in terms that the Bill will be passed by the end of October. This is despite overwhelming opposition from various organisations and members of the public.”

During the course of parliamentary hearings held earlier this year, Haslam says that every single body who presented to the Portfolio Committee raised deeply troubling concerns about the Bill – including the Department of Treasury – be it about how the “scheme” is intended to be funded or how the benefits will be structured and administered, to highlight just a couple of issues.

“These submissions, as well as the considered proposals as to viable alternative solutions, have been universally ignored,” she says. “At massive expense to the public purse, the Portfolio Committee also recently embarked on a nationwide roadshow regarding the Bill, visiting a handful of isolated towns, in order to hear from the public what their attitude to the Bill is.”

She points out that the results of this public consultation process showed that by far, the majority of the public were opposed to the new scheme and in fact supported fixing the current RAF.

She says that this too was ignored. “The way things are proceeding, a legal challenge to the implementation of the Bill, once passed, appears inevitable,” she adds. “The public need to make their voices heard before it is too late.”

She also points out that several presentations to the PCT during the parliamentary hearings showed that first world countries with accident fatality rates one-fifth of SA’s, such as Australia, had introduced no fault compensation in certain states and it had failed, and they had reverted to fault-based systems.

Further complicating the situation, government want to eliminate lawyers from the claims equation. “There is ample evidence to show that when a claimant is unrepresented they either have their claims (wrongly) rejected or end up receiving far less compensation than what they were entitled to,” says Haslam.

Given this, she says that it is unsurprising that there is such a zeal to eliminate lawyers from the system.

“Lawyers hold those responsible to account and protect claimant’s interests. A victim acting on his own against this gargantuan scheme, which has practically unfettered power to reject, suspend or terminate benefits, has no real prospect of receiving what is due to him/her.”

Haslam concludes by saying that if the Rabs is introduced it will be a real-life David versus Goliath battle for road accident victims and the outcome is tragically predictable.