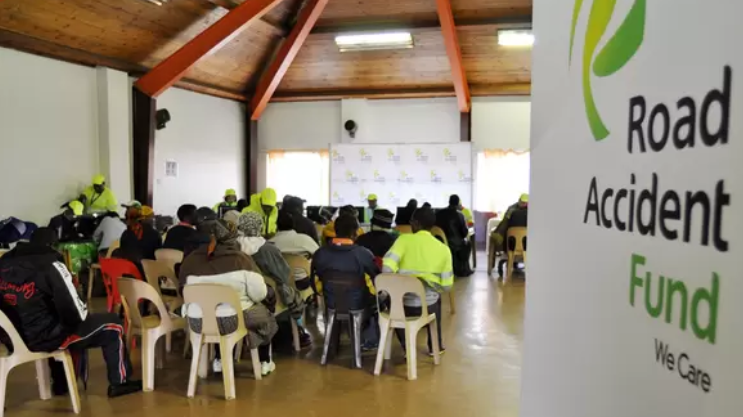 Imagine you lose a limb in a car accident, or you are left brain-damaged, can never work again and the maximum benefit you can claim from the RAF is only R280 000 per annum? Picture: Dumisani Dube/African News Agency (ANA) Archives

Cape Town – Imagine you lose a limb in a car accident, or you are left brain-damaged, can never work again and the maximum benefit you can claim from the Road Accident Fund (RAF) is only R280 000 per annum?

Even this amount is not guaranteed, this may be the reality for many South Africans if a draft bill on the new workings and name change to the RAF is passed by Parliament. Personal injury lawyers are spitting fire and claim the move is an attempt by the government to get its hands on the estimated R40billion that the RAF collects annually from the fuel levy.

The proposed legislation will soon be discussed in the National Assembly and claims by several attorneys were strengthened this week when President Cyril Ramaphosa announced that the government plans to use money from the Government Employees Pension Fund to stock up its empty coffers.

Weekend Argus spoke to personal injury lawyers who are in agreement that there is “no thinking” behind many of the proposed changes.

Under the proposed legislation, the RAF will become the Road Accident Benefit Scheme and payouts will be capped at R280 000 per annum. People who are involved in car accidents would no longer be able to claim against the guilty parties and guilty motorists would get the same benefits as innocent victims.

Benefits would only be paid to persons between the ages of 18 to 60 years. If you are unemployed or unable to prove an income, your claim will be limited to the Annual Average National Income, currently R52 000 per year, (R4333 per month, which is subject to 25% personal income tax). This applies to students about to embark on a career and/or children when they reach the age of 18, regardless of the value of the real earning capacity destroyed.

For those able to prove an income, benefits will be paid based on after tax income. Loss of earnings is capped at Pre-Accident Annual Income, to be determined by the minister, but presumed to be in the region of R168 000, (R14 000 per month, less 25% tax).

“The government wants to get its hands on the funds. It’s the same with the Workman’s Compensation Fund; it’s inept, nobody touches it. The man in the street has a zero chance of fighting this. They (government) will use it to bail out entities like SAA and Eskom,” said Batchelor.

He added that while motorists will continue to pay fuel levies, they will not see the benefits of that levy. Batchelor said the Association for the Protection of Road Accident Victims, comprised of politicians, actuaries, doctors and advocates, challenged the draft proposal and will continue to do so when it comes up for discussion in the National Assembly.

Former head of the Cape Chamber of Commerce and attorney, Janine Myburgh, said she is disturbed by the fact that victims and guilty parties will enjoy the same rights.

“Anthony (Batchelor) is correct. The big thing to punt is the drunk driver and the innocent widow or child are both compensated on the same basis. This is what no fault means.

“In fact, a drunk driver who is employed and drives onto a pavement and seriously injures a child will get a great deal more as the driver’s income is capped at R168 000 per annum and the child at R52 000,” she said.

“He knew nothing about transport. The government saw a massive fund and thought, let’s get our hands on it. This is purely political,” he said.

Shields went as far as to say that the government was “destroying the system completely”.

“This is too much money for them (government) to ignore, especially if you are in the business of corruption. … You must remember that RAF employers are offered bonuses if they save money, not spend money,” said Shields.

At the time of publication, the Transport Department did not respond to queries from Weekend Argus.

The Danger of Direct Claims
Scroll to top