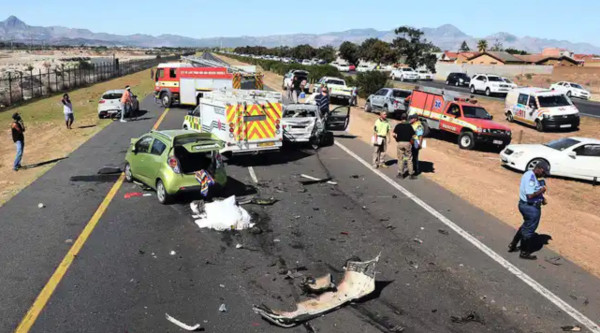 THE EFFORTS of the Road Accident Fund (RAF) to focus on paying accident victims are proving fruitful, despite failure to have it declared an essential service during the lockdown.

The RAF has been plagued by inefficiencies for years to the detriment of crash victims and their dependants.

The fund, which has a shortfall of more than R17 billion, has admitted to having neglected its primary mandate to settle and investigate claims, by focusing on unnecessary and costly legal battles.

In February, acting chief executive Collins Letsoalo declined to renew contracts for the fund’s panel of attorneys and requested that they hand over all unfinalised case files.

The 85 aggrieved attorneys took the matter to the high court in March, where Judge Norman Davis ruled that they hand over the RAF files.

Judge Davis said the lawyers had built their practices around RAF work and concerns for the public, but “in the end it still appears to be about the retention of their lucrative practices”.

On appeal, Judge Wendy Hughes ordered that the RAF must retain the panel for at least another next six months.

The technically insolvent fund is the government’s second-largest contingent liability after Eskom, with about R17bn owed to claimants. In the past year, lawyers earned more than R10.6bn from the RAF.

Letsoalo has predicted a R15bn loss for this financial year, which has been exacerbated by the impact of the lockdown on revenue from the fuel levy.

He said the RAF has been going to court for most of its cases, which were ultimately settled on the steps of the court.

The new operating model is focused on finalising claims within 120 days, not four to five years, as it has in the past. By focusing on handling cases in-house, rather than utilising the services of private law firms, Letsoalo hopes to reduce the fund’s legal costs by 70 percent in the next three years.

Pieter de Bruyn from the Association for the Protection of Road Accident Victims (APRAV) told eNCA on Friday that a few hundred thousand claimants have waited years for their cases to be resolved; the lockdown had added about 20 000 claimants to the queue for compensation.

“On the positive side, three important constructive happenings took place in 2020: Mosebenzi Zwane, from the portfolio committee on transport, instructed the fund’s leadership to fix the RAF. Although under a lot of criticism, they responded to the criticism, while perhaps not managing the stakeholders (lawyers) well, and for the first time in 10 years, issued a statement that the victim of a crash should be the primary focus.”

He said that the industry is also responding to the portfolio committee and the RAF leadership and formed six national task teams to examine the fund’s functioning ensure it focuses on crash victims, that the public’s money from the fuel levy is better spent and that victims’ constitutional rights are protected.

Gert Nel, a Pretoria-based attorney who has been vocal about inefficiencies at the RAF and its previous leadership’s proposed Road Accident Fund Benefit Scheme, said he was encouraged by the new strategic plan.

He said RAF has had some “challenges”, including the lockdown, but it was making progress. “They are settling matters, paying victims, accepting new claims, building and developing their new strategy, and engaging with plaintiff attorneys on a regular basis.”

Nel said the fund was even engaging with attorneys on arranging structured payments to address the backlog due to the lockdown. “It is not a perfect system, but they are doing very well under these trying circumstances,” he said.

“We are in the fortunate position to help shape the future of the RAF and should at least give them a chance, as it is the first time in as many years that the RAF are actively doing something to better the fund and address the plight of the victims head-on.”

Lawyers concerned about the Road Accident Fund
Scroll to top